It’s great to see you here! Thanks for paying attention to my podcast interview (until the end).

I don’t have a mailing list or any other lead capture going on. I love talking about Facebook, and most importantly, providing helpful tips to help people get the most out of the platform.

Below are a few resources I’ve gathered. Some of which I have mentioned on the podcast.

If you are here early August 2020, do check me out in the 2020 Facebook Marketing Summit (Online Event).

That said, here are a few tips:

Pixel Your Site for WordPress
This plugin doesn’t seem like much, but Cristian Stoicescu is a total bad*ss and really geeks out on Facebook. So much so that I made a video about one of its coolest features (that no one really uses) for a private Ecommerce community that I help moderate. But, I don’t really think anyone watched that video. Maybe you will.

Google Tag Manager, the bane of my existence. The one thing I feel I have to use but practically get PTSD every time I log in. Well, Chris Mercer is one of the authorities on that. And if you find yourself digging into the depths of Google Tag Manager, you’ll end up keeping Simo Ahava’s blog open in another tab.

If you want more of a done for you integration, I can’t fangirl enough for Elevar. Brad is one of those people I love talking to because that guy is a genius. But he can get a little carried away and I have to remind him that I only understand everything he said, I cannot actually do any of it.

Another app for Shopify (Elevar works on Shopify but also outside of it) is Pixel Perfect by Little Data. Those guys are planning some pretty good upgrades that I think will be of great benefit to the ecommerce community.

Trackify is also another great app. Thomas Bartke has a lot of experience working with Direct Response marketers. Some apps are made by developers, but that guy has actually run a lot of high spend advertising campaigns and approaches things from a different perspective.

If you’re going to track advanced metrics in GTM, here are a few. And no, I don’t have a container to share because… PTSD, remember? But Jeffalytics does, somewhere… probably not for free.

Here is some code to illustrate what I mean by this:

// this is a custom event with no parameters fbq('trackCustom', 'scroll-percentage-25');

Lastly, what we do here (at this Agency) is mostly Facebook stuff. At the moment, we’re not taking on long term commitments, but we do short-term projects. Mostly focused around pixel stuff, catalogs, optimizing large datasets of images and videos (just finished up something really cool in that area that I’m super happy about). So if you need that kind of help, feel free to drop us a line.

That said, we are a part of a really good program Facebook has to provide certified Technical Services Providers for advertisers. All the people in that program are pretty bad*ss, so feel free to reach out to any of them.

In our work, we’ve found that all companies, big or small, struggle with being in control of their own tracking. We’re what you could call “tracking fixers” (or at least we like to call ourselves that). Troubleshooting tracking is only one part of the technical work we provide, but it often plays a larger role than we expect.

Take a recent client of ours, for example. They came to us after installing a new app, one that we found had an intermittent problem with its tracking. If you added a few products to your cart, an “add to cart” event for each item added would have been sent through the Pixel (and Conversion API). No surprise there, right? But that’s not where the problem crept in.

What if you left the site before purchasing any of the items in your cart, then you came back to the site a few days later, and the same products were still in your cart. Little our client know that on your second site visit, their site’s tracking registered the items in your cart (yes, the ones that were previously there) as new add to cart events.

Which means the tracking was over-reporting the add to cart events. Not only did it create this problem, but it creates a related problem: making the add to cart to purchase conversion metric look worse, which could cause a host of other problems for the marketing team.

An issue such as this may not cause immediate or drastic harm, but we don’t advise our clients to use dirty data or to let issues slide. Over reporting your events will muddy your reporting and perception of your advertising performance, and likely will negatively impact remarketing campaigns in the future.

The moral of the story here is to become the master of your own tracking. This means you must know what decisions your apps are trying to make for you and your site’s data. The solution is simple: pay attention to your apps, regulate event tracking on your own terms, and stay in control of your tracking.

The story started like any other. A client came to us with a problem with their campaign’s performance, so they asked us to audit their account. They were confused, understandably so, as to why they weren’t hitting their projected metrics.

On to the campaign audit, this is regular analysis for us—checking in on how their campaign is performing, what the data can tell us about missed opportunities or successful strategies to keep pushing. Although this would have been a business-as-usual procedure, we decided to look at the technical side first, rather than diving straight into the performance data. We had just finished working with another client who had unexpected and rather unusual technical issues, so why not switch up the routine for the next job as well, just in case?

As it turns out, this change in procedure helped us to solve the issue much more quickly. In this case, a campaign audit wouldn’t have helped our new client resolve their problem. The root of the problem, as you may have guessed by now, was technical.

We used the Meta Pixel Helper and Test Events tool (and if you haven’t seen our story on the importance of testing your events regularly, check it out here). By digging through the data, we found that our client had installed a new app. When asked for an approximate date of the app install, our client told us that they had installed it a few weeks prior. And, coincidentally, it was also a few weeks prior that their campaign performance had begun declining.

So we dove in deeper. Was it just the app? Or was there something else we were missing?

We tested numerous events to find the culprit, and we did. An event wasn’t “firing” as expected. But when the client replicated the test, they did not see the same error. There was a blind spot between what we were seeing versus what they were seeing.

It all came down to how each of us was adding a product to our respective carts on the client’s site. There were two ways to do this. The first was to open the product’s page and add it to the cart from there. The second was to add it from the small pop-up window that appears when you hover over an item on a category page (the modal window, for all you technical people out there). Only one of these methods for adding products to the cart worked. The other way did not, which meant the tracking for this event did not register (the pixel did not “fire”). Boom: technical root. The app worked, but the tracking did not.

We all know how the rest of the story goes from here. Depending on how customers purchased products on our client’s site, the purchase may not have been tracked, which meant that data wouldn’t be reported to Facebook. Thus, the campaign performance dropped. Fewer conversions were reported and optimization was negatively impacted.

Now, there are many other technical issues that arise when all your purchases aren’t being tracked, but we’ll save those topics for another day. The point of all this was to show how tricky and sly these technical problems can be, and ultimately they end up affecting your advertising performance. Like this problem, they might not create consistent errors, making them all the more difficult to catch.

The moral of the story is, yes, of course you should always review apps before installing them to your site. More often than not, the errors will be easy to diagnose and easy to fix. Sometimes, though, you’ll have to look a little closer. The problem may lie barely out of sight, residing in the technical details of your site or a specific app. But fret not. If you can’t find the problem yourself, there’s always another person who can act as your extra set of eyes and ears. That is, after all, why we’re here. 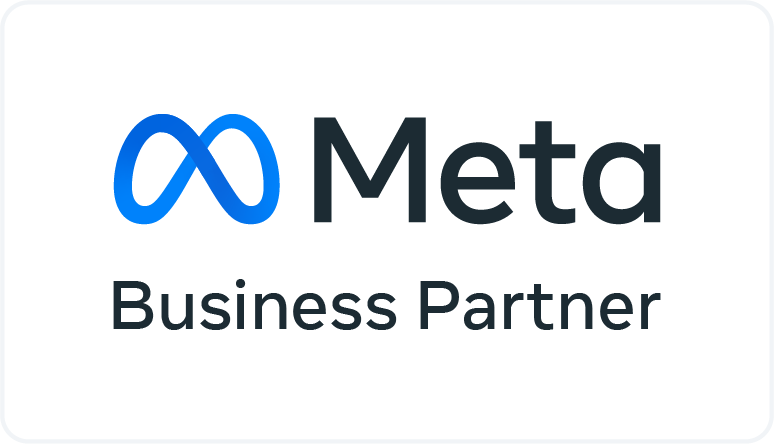